Are Vermont Bats Back? 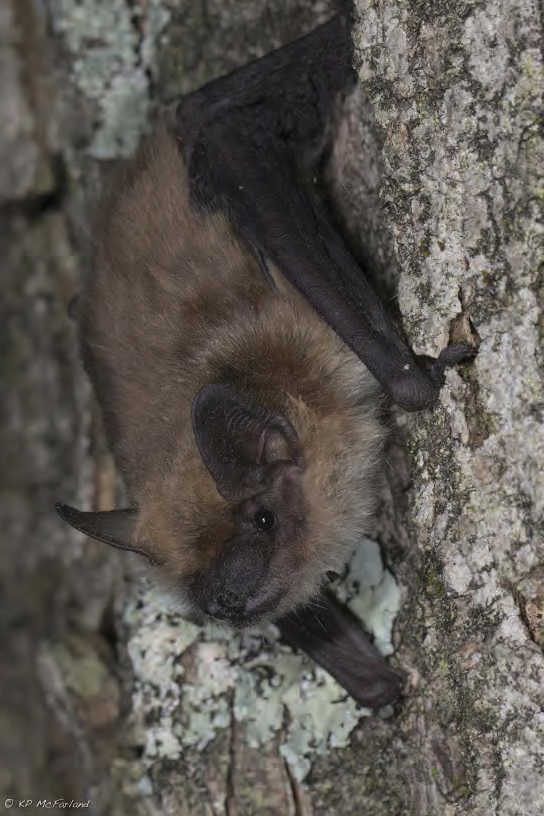 Vermont is home to nine species of bats. Six of these species are year round residents and three migrate south in the winter. Our six year -long residents live in caves and mines during the winter and during summer months can often be found roosting in barns and other buildings. Of the 6 resident species all but one are either state or federally endangered.

Little brown and long-eared bats are the ones we are most likely to see in Norwich during the summer months from mid-April to October. They have been a part of our summer landscape as long as we can remember, swooping over fields and ponds tirelessly hunting the night flying insects that make up their diet. We sometimes wonder what part these nocturnal mammals with their impressive echolocation play in our lives, but because many of us rarely see a bat, we are unaware of the services they provide.

The bat holds an important place in a healthy ecosystem. Like insects, bats play a role in pollinating the fruits and flowers we enjoy. They are a critical player in insect control, hunting down the flying insects like mosquitos that spread disease as well as various moths that turn into the caterpillars that eat our fruits and vegetables. According to the Bat Conservation International Website “a single little brown bat can eat up to 1,000 mosquito-sized insects in 1 hour.”

Beginning in 2006 a disease known as White Nose syndrome was discovered in a cave in upstate New York and spread rapidly east into Vermont. The syndrome gets its name from a white fungus that attacks the bat’s nose, ears and wings during their winter hibernation. The hibernating bats in attempting to fight off the effects of the disease exhaust their fat supplies and they weaken and die. All 6 of Vermont’s hibernating species have been affected and their populations have declined by over 90 percent.

There is some good news. According to Vermont wildlife officials, this situation seems to have stabilized somewhat for certain bat species. The Northern Long Eared bat has lost 98% of its population and does not appear to be recovering. However the Little Brown Bat seems to be holding on , doing better in the Champlain Valley. The Big Brown Bat is actually doing pretty well, maybe because they have 2 pups a year instead of the usual one.

The Vermont Fish and Wildlife Department is very interested in monitoring the population of Little Brown bats and is working to determine if we still have a population in Norwich. Alyssa Bennett is collecting information and answering questions about them and is collecting samples of bat guano to analyze for species identification.

There are some things we can do to help our struggling bat populations:

As much as we appreciate these amazing creatures, we do not want them in our houses. If you are find a bat in your home, the Vermont Fish and Wildlife web page gives instructions on removing it.