Where Have All the Insects Gone?

By Lynnwood Andrews and Mary Sellman 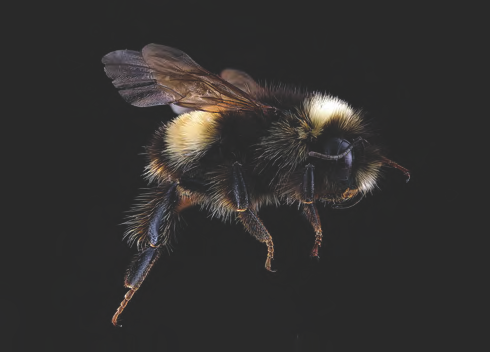 Insects have undergone a severe, largely unnoticed decline over at least three decades. Scientists have now documented the decline and studied its causes. A 2017 study in Germany, revealed a shocking 76% decline in insect biomass in nature preserves. Fewer insects are present, and their ranges are restricted. A review study published this month in Biological Conservation reports that 40% of insect species worldwide are threatened with extinction. Butterflies (Lepidoptera), wasps and bees (Hymenoptera), and dung beetles (Coleoptera) are most affected. The reasons for the decline include habitat loss to intensive agriculture and urbanization, pesticides, fungicides and fertilizers; invasive species; and climate change. A few common and generalist species are increasing in number, occupying vacant ecological niches, but they are unlikely to be adequate substitutes.

Three broad categories of insects – decomposers, carnivores, and herbivores – support life on earth. Decomposers feed on dead or rotten plants, animals, and excrement clearing waste, recycling nutrients, and building humus. Carnivores prey on or parasitize other animals. We rely on insect carnivores for integrated pest management. Herbivores include pollinators and leaf-eating insects. Pollinators are necessary for plant regeneration, including many foods we eat. Leaf-eating insects and the insects that prey on them are essential diets for a wide range of birds, mammals, reptiles, and amphibians. Indeed, our nesting birds feed leaf-eating insects to their young in spring when no seeds are available. In addition to documented decreases in animal life because of fewer insects, scientists anticipate further cascading effects on animal populations. A mass extinction of insects will result in a mass extinction of animals and affect human populations, too.

What can we do to stop the insect decline? We can increase insect habitat by: