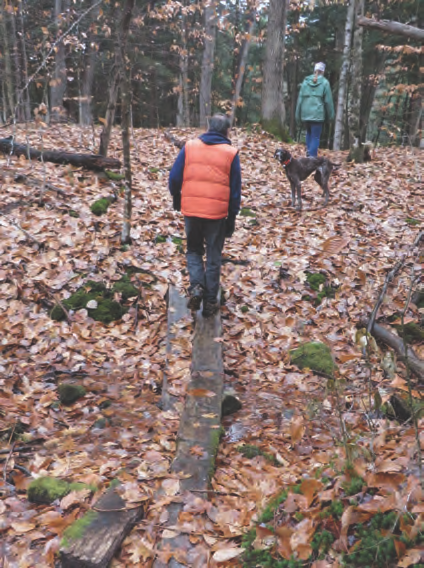 In the Upper Valley, we are lucky to have large forested areas that harbor wide-ranging forest-interior mammals, like moose, bobcat, bear, gray fox, and fisher. These iconic wildlife species are a pleasure to see, and the carnivores are signs of functional ecosystems. We fortunately have these animals around because we still have effective connectivity among our large forest tracts across multiple towns. Despite our forested areas being comprised of many parcels, many of them remain un-fragmented and relatively undisturbed. Examples in Norwich include the Gile Mountain to Brookmead Conservation Area, Gile Mountain to Griggs Mountain, and Griggs Mountain to Appalachian Trail ridgelines. Their undisturbed centers greater than 300 feet from human development are known as core forests, giving us the three C’s of healthy forest ecosystems: Core areas, Connectivity, and Carnivores.

We are also lucky to have Norwich residents, including schools and civic organizations, who value these forests to which we have much access despite almost all local forested parcels being privately owned. We also, fortunately, have access to forest experiences via a thoughtfully designed trail network. The Norwich Trails Committee, landowners, and other volunteers have done outstanding work building and maintaining the existing trails. Such well-stewarded access to forests provides health benefits, both physical and psychological, while still providing wildlife with vital habitats for foraging, mating, denning, and rearing offspring. We should not take any of these forest values for granted. 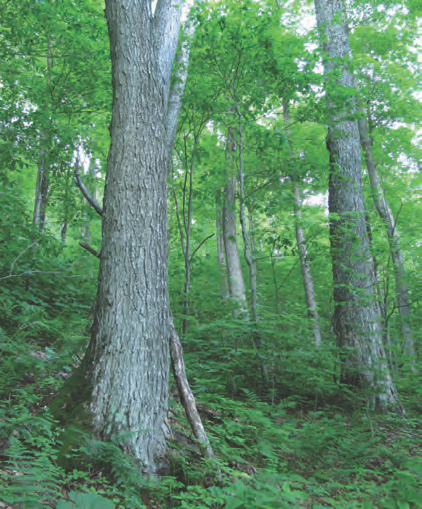 If we do not remain thoughtful and diligent about forest stewardship, forest fragmentation, incursion, and disturbance will lead to habitat loss. Each time an incursion of development or frequent human activity occurs, we push what are called “edge effects” deeper into the core forest. Invasive plants, like honeysuckle and buckthorn, invade the forest edge and out-compete valuable indigenous plants. Animals like skunks and raccoons, that flourish around human activities, prey on ground-nesting birds and other native wildlife. Even we, and our dogs, can bring a great deal of disturbance to an area of forest, enough to cause sensitive species to stop using the area entirely. Dogs not leashed or under control often attack ground-nesting birds, prey upon other young animals in the spring, and stress wildlife of all ages, especially in winter when caloric energy budgets are tight. Controlling your dog is simply responsible trail etiquette.

During discussions of core forest disturbances, timber harvests often are accused of being the biggest culprit, but this accusation is not true. Forestry activities are ephemeral. When done not too frequently and not too expansively, their effects more often than not provide enhancements to wildlife habitats by setting back forest succession and creating canopy gaps, both of which facilitate the growth of wildlife foods in the forms of young browse-able shoots and desirable fruits. The wildlife species that eat those shoots and fruits are often important prey species for forest carnivores. Granted, because they stand out so starkly on the landscape, irresponsible harvests (i.e. where the canopy is obliterated, the soils are eroded, and the stream banks are exposed) are easy to point out; however, they are not the norm. The vast majority of foresters and loggers are working the landscape responsibly and conscientiously, thereby benefiting forest wildlife. 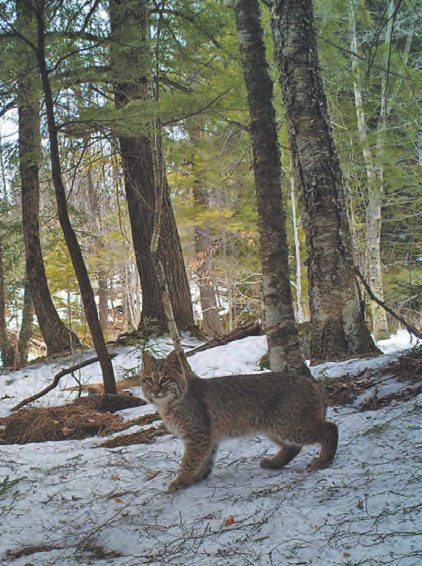 Over the years, there have been several efforts by landowners and the town to maintain and protect our treasured core forests. As one can imagine, a frequently used recreational trail through a core forest would not be of benefit to wildlife relying on undisturbed habitats. Instead, establishing appropriately sited new trails that get from point A to point B without a corresponding network of inter- connecting trails, will call upon interactive planning by individual landowners and town committees using “sustainability best practices”. Examples of such best practices would include developing trails in areas already used by recreation, utilizing Class 3 and Class 4 roads, using old logging roads, and making informed decisions by using landscape data when considering trail placement trade-offs, instead of by ‘a desire to have a trail here’ or simply ‘connecting two points on a map’. Norwich residents who are considering establishing a trail are encouraged to contact the Norwich Trails Committee and Conservation Commission for advice regarding trails and trail siting. We should “minimize our impact and leave no trace” as we experience and steward our forests.